Discover the history of the château de Serrant through the centuries

The history of Serrant is rich and fascinating. All families who have lived between these walls since the Middle-Ages allow us to discover a testimony of centuries of art and culture.

From the Middle Ages to the Renaissance

Serrant was first of all a medieval fortress until the day that, Péan de Brie, who participated to the Italy wars, decided to build his castle in a Renaissance way. But serious financial problems stop the works: only the Great staircase, the North tower and half of the main building have risen. 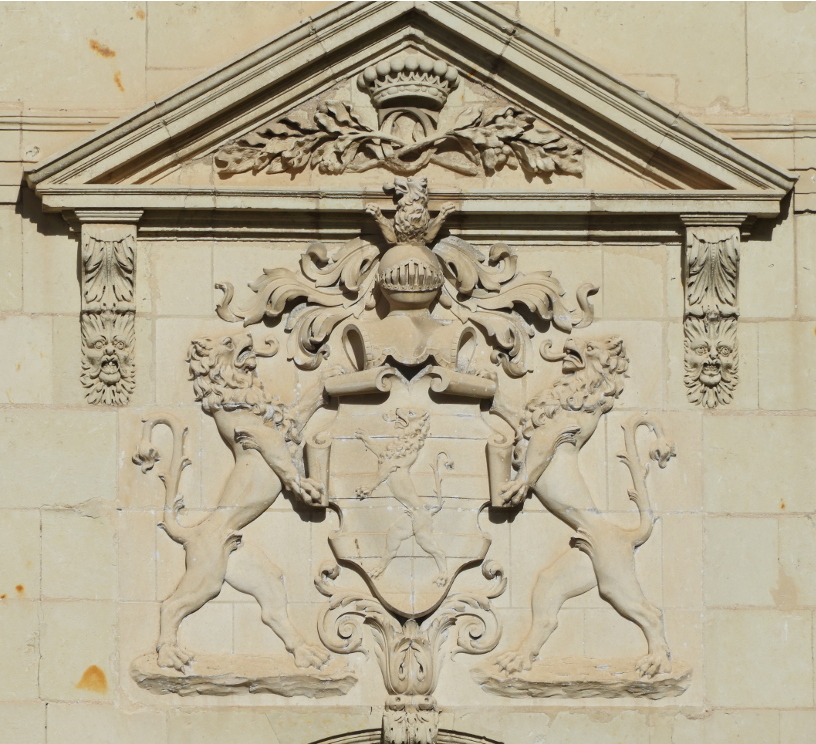 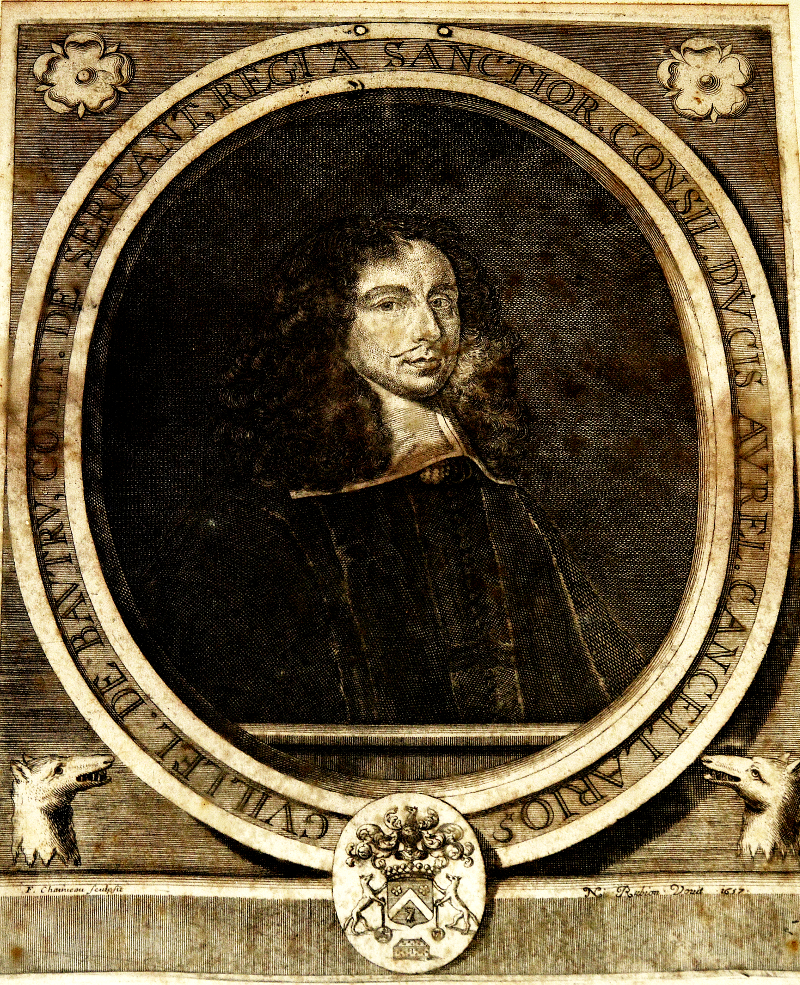 The estate meets several owners and in 1636, Guillaume de Bautru, councillor of the state, purchase Serrant. This figure made a mark in the court Louis XIII and Louis XIV because of his libertine behaviour, his repartee and his comical jokes. In Serrant he looks closer the goal of Péan de Brie and decide to pursue the works according to the  original plans : the main building is achieved, the South tower, the two wings and the two lodges are created…

A century separate the structure but who can see the trick that the architectural programm from the 16th century is respected so much!

The chapel was designed by Jules-Hardouin Mansart, architect of the Royal chapel and Hall of Mirrors in Versailles. It contains the mausoleum of the Marquess de Vaubrun by Coysevox. The Marchioness of Vaubrun, born Madeleine de Bautru, commanded this monument to celebrate the glorious memory of her husband, killed during the War of Spanish  Succession. 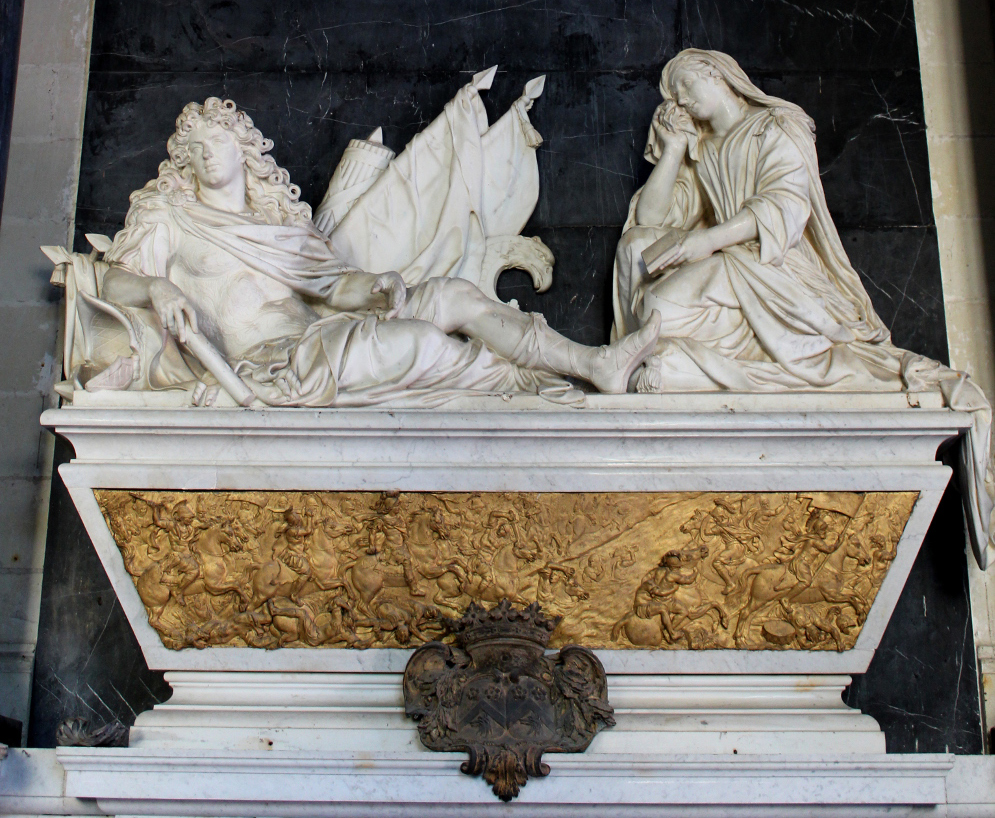 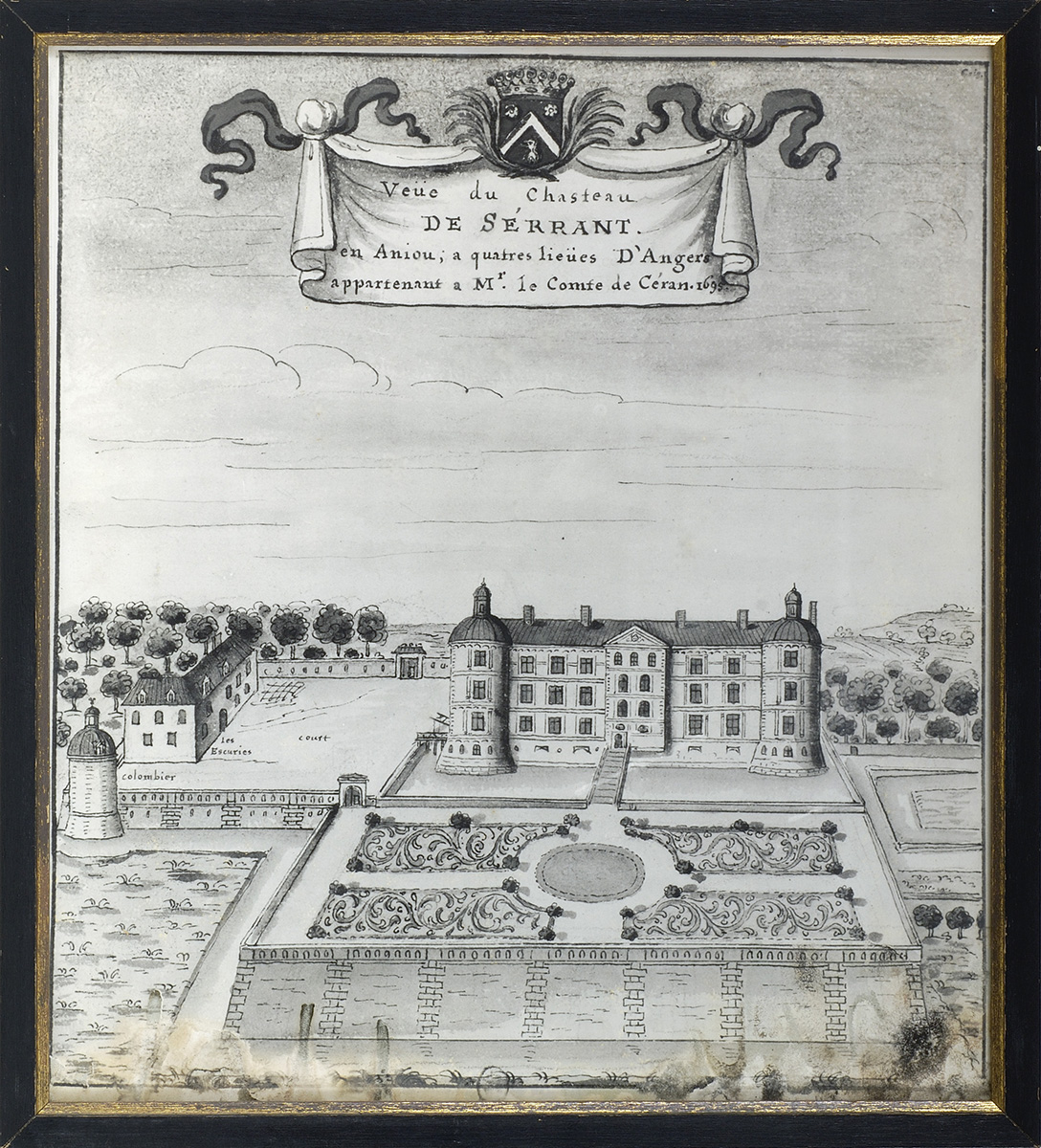 1749: the last descendant of Guillaume de Bautru, widow and without any child, sold Serrant’s estate. The Walsh, a ship-owner family from Nantes, bought it. This old Irish family exiled in France to prove their loyalty towards the Stuarts and permits for the castle to avoid destructions due to the French Revolution. They hosted a lot of famous people : Archiduchess Maria Christina of Austria, Marie-Antoinette's sister, Napoleon and his wife Josephine, and Louis-Napoleon Bonaparte, the future Napoleon III. 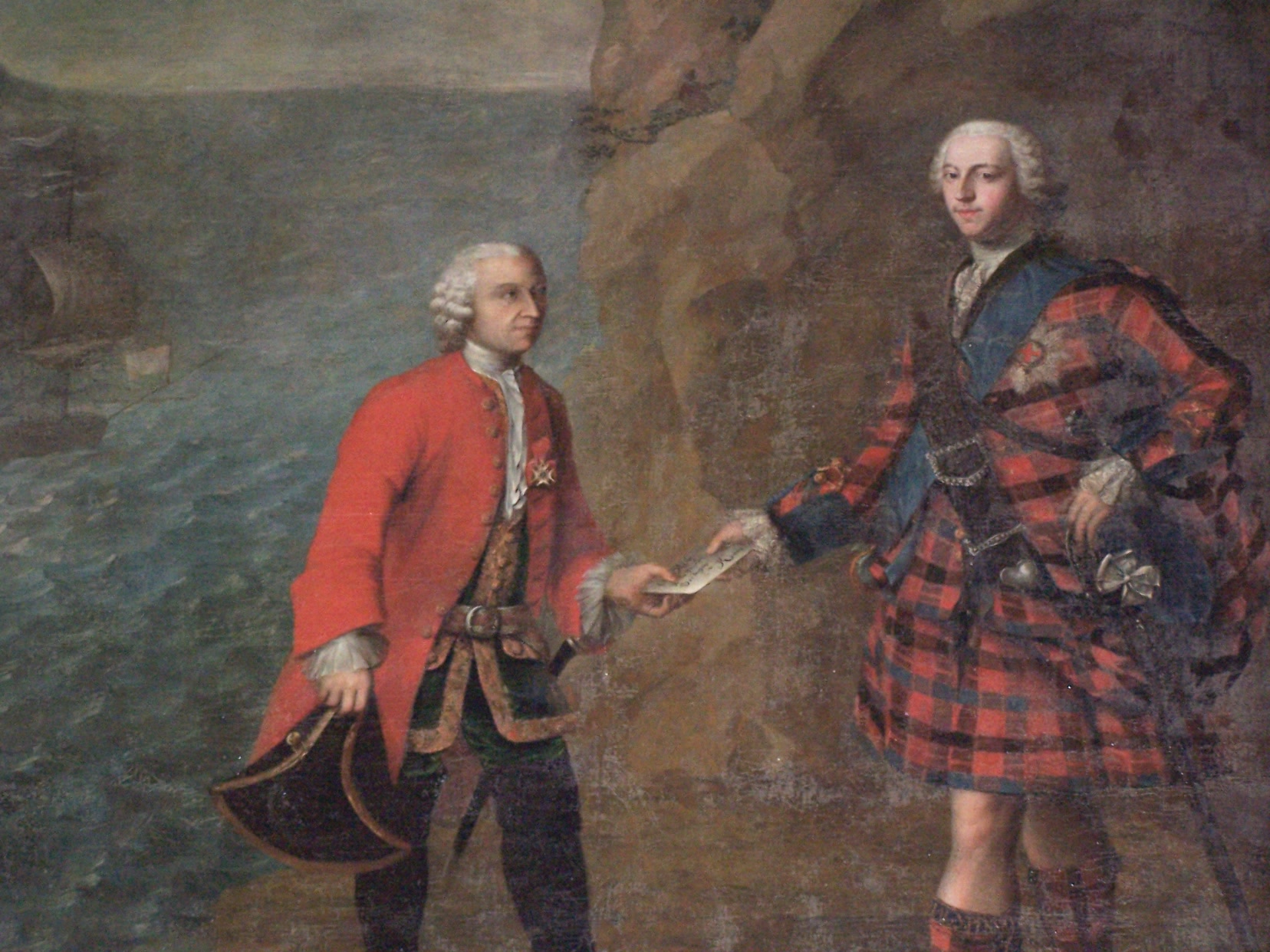 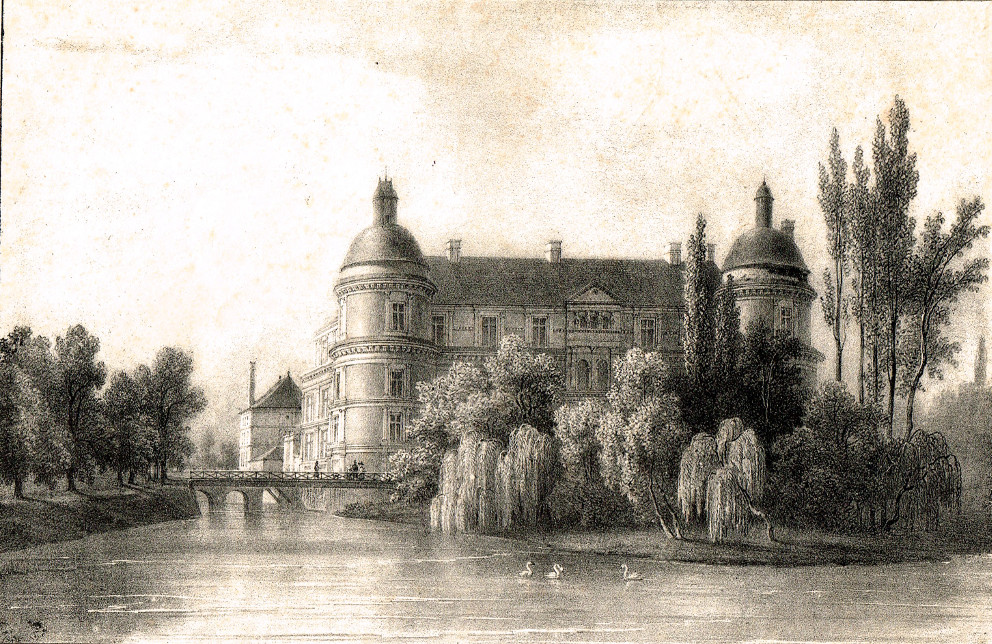 The Walsh created an English landscaped garden around the castle. The massive entrance gate hold their coat of arms and emblem : a swan wounded by an arrow, symbolising their exile from Ireland to France.

The splendor of the castle with the arrival of the Trémoïlle

In 1830, Valentine Walsh de Serrant marry the Duke of la Trémoïlle: one of the oldest French family, which genealogy dates back to the 11th century, joins its destiny with the castle.

The Duke entrusts Lucien Magne to restore Serrant: addition of a  balustrade decorated with « pots à feu »,  pediments above the second floor’s windows and the coat of arms of La Trémoïlle family placed above the main entrance.. 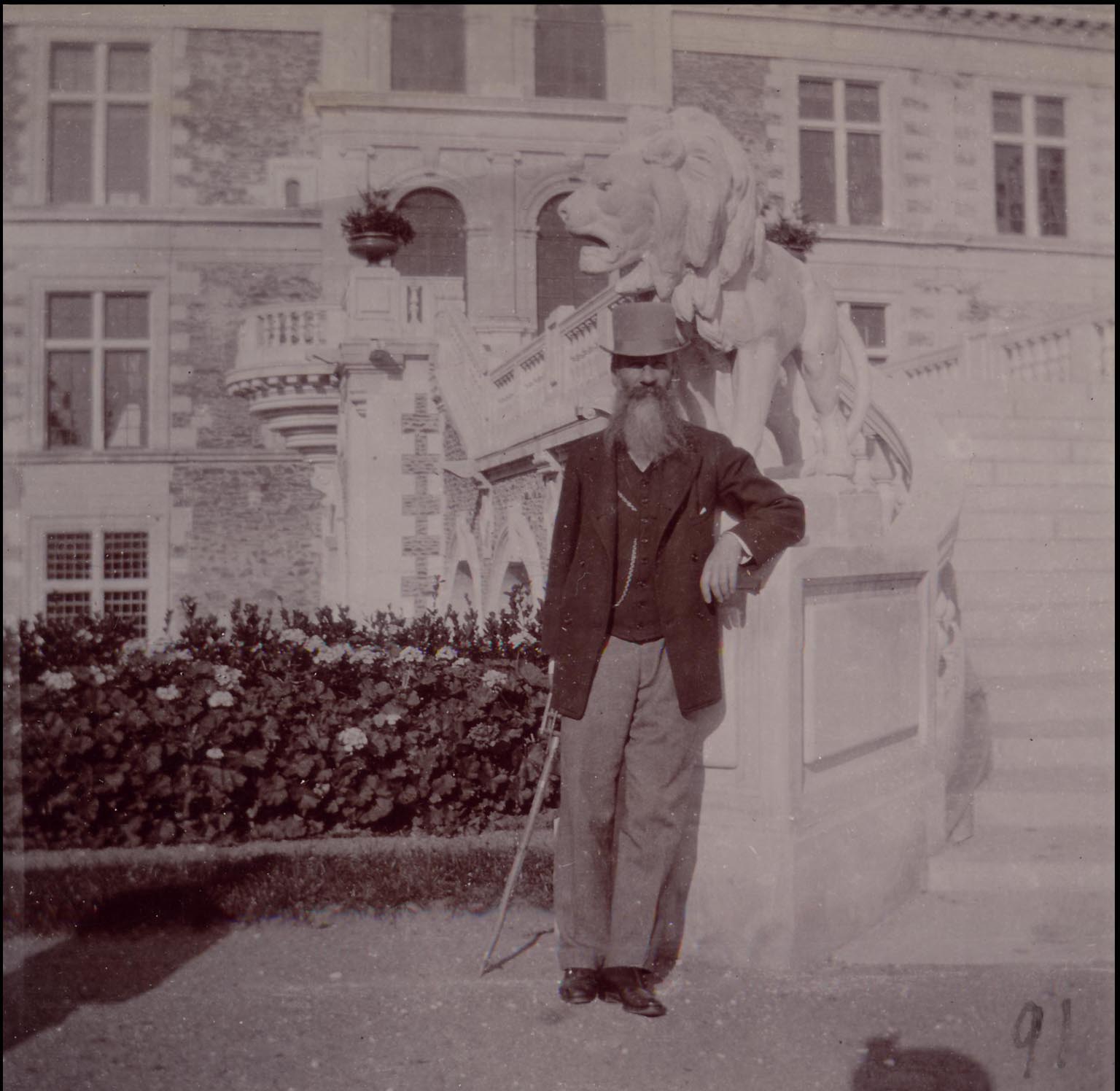 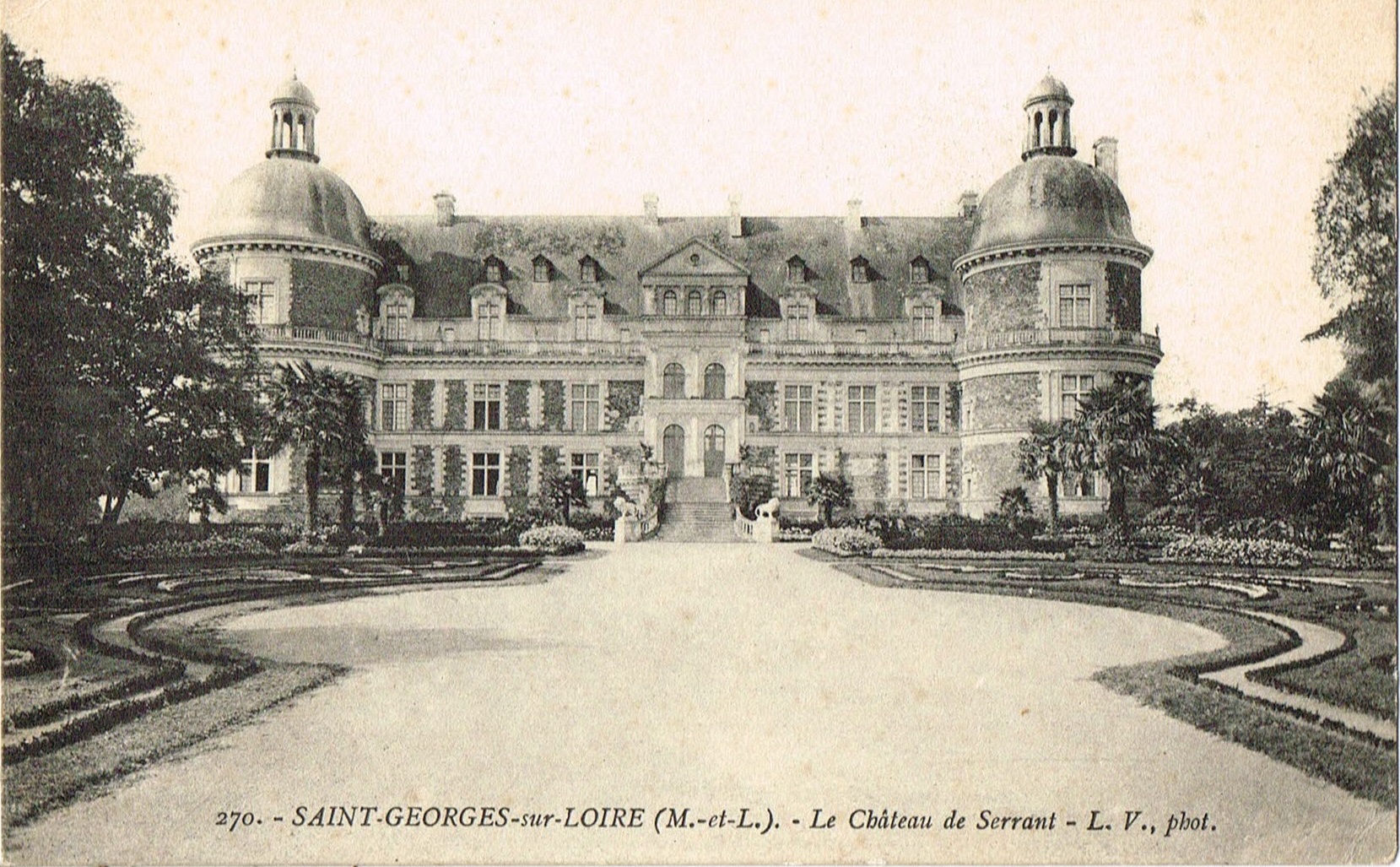 The inside was all re-decorated keeping furniture and memories of the families who lived there before.

The duke finally modernised the castle by adding central heating system, electricity, running water and bathrooms for each bedrooms. He also created the Library at the first floor, as we can see it now during the tour.

12 000 old books are carefuly ordered in the shelves of Serrant's library. You'll discover the Encyclopedia of Diderot, the Napoleon's Egyptian Descriptions, the illustrations made by Piranesi or La Fontaine's Fables with drawings of J.B Oudry. A welcoming atmosphere, unique and reassuring, a jewel to discover.

In order to conserve the room, the library is only opened during a guided tour.

Nowadays, the castle is still a private house, welcoming for all the visitors. The current owners, the Prince and Princess de Merode, are descendant of the La Trémoïlle. They have already done a lot to embellish and modernize it. Since 2004, the castle offers beautiful and restored kitchens. 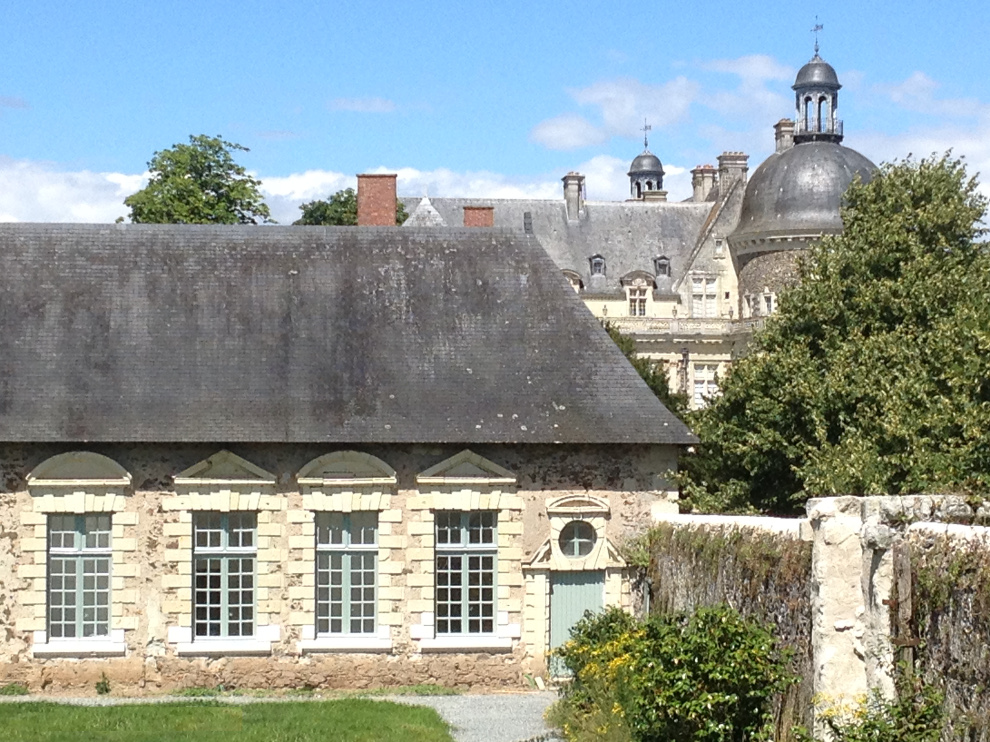 In 2016, the servant's dining room and the laundry room open to the public in order to show what's hidden from view.

During winter 2016, the last restoration affects the « Orangerie » from the 18th century to make a special room for seminars and weddings.

Established in the remains of the Medieval castle, this massive room will surprise the visitors. It proves the sophisticated and luxurious way of life, offering a complete and modern equipment for the begining of the 20th century : 200 copper pieces, kitchen utensils, stove, broiler ... 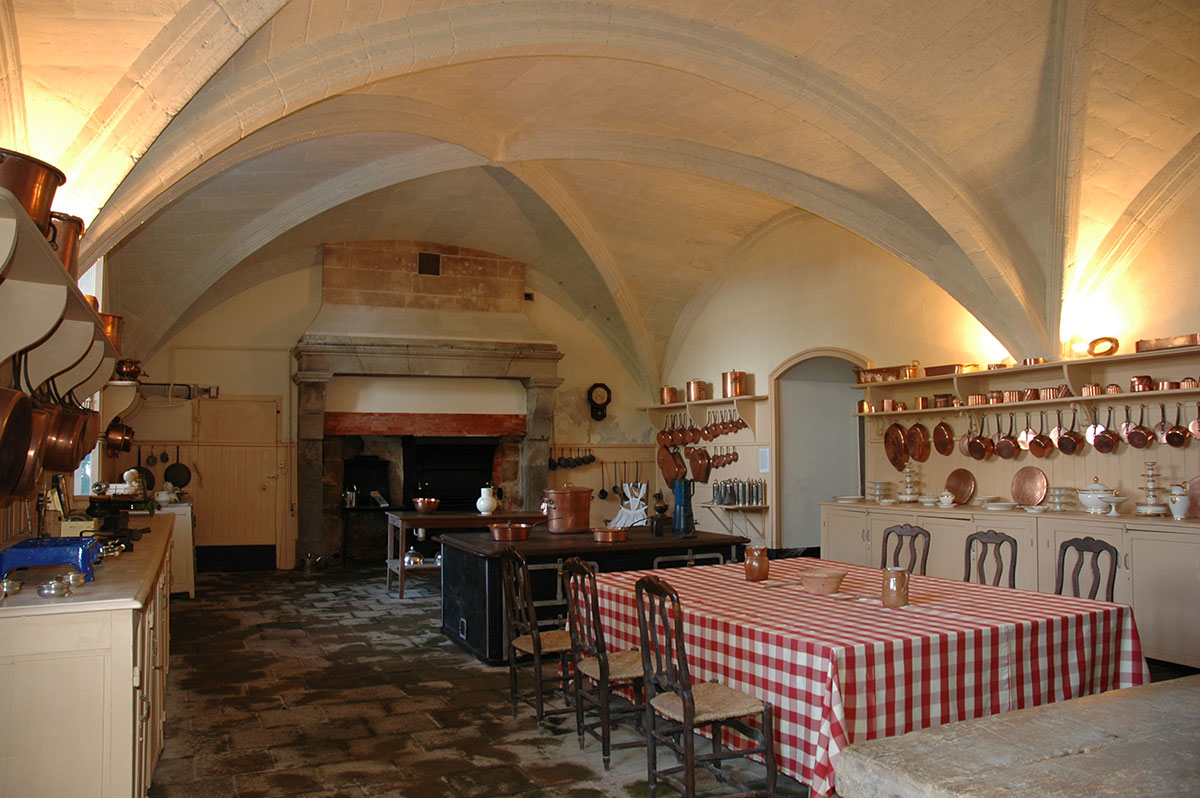 The visits of Domaine de Serrant

A guided tour is suggested to discover the best and the most fragile rooms of the château : 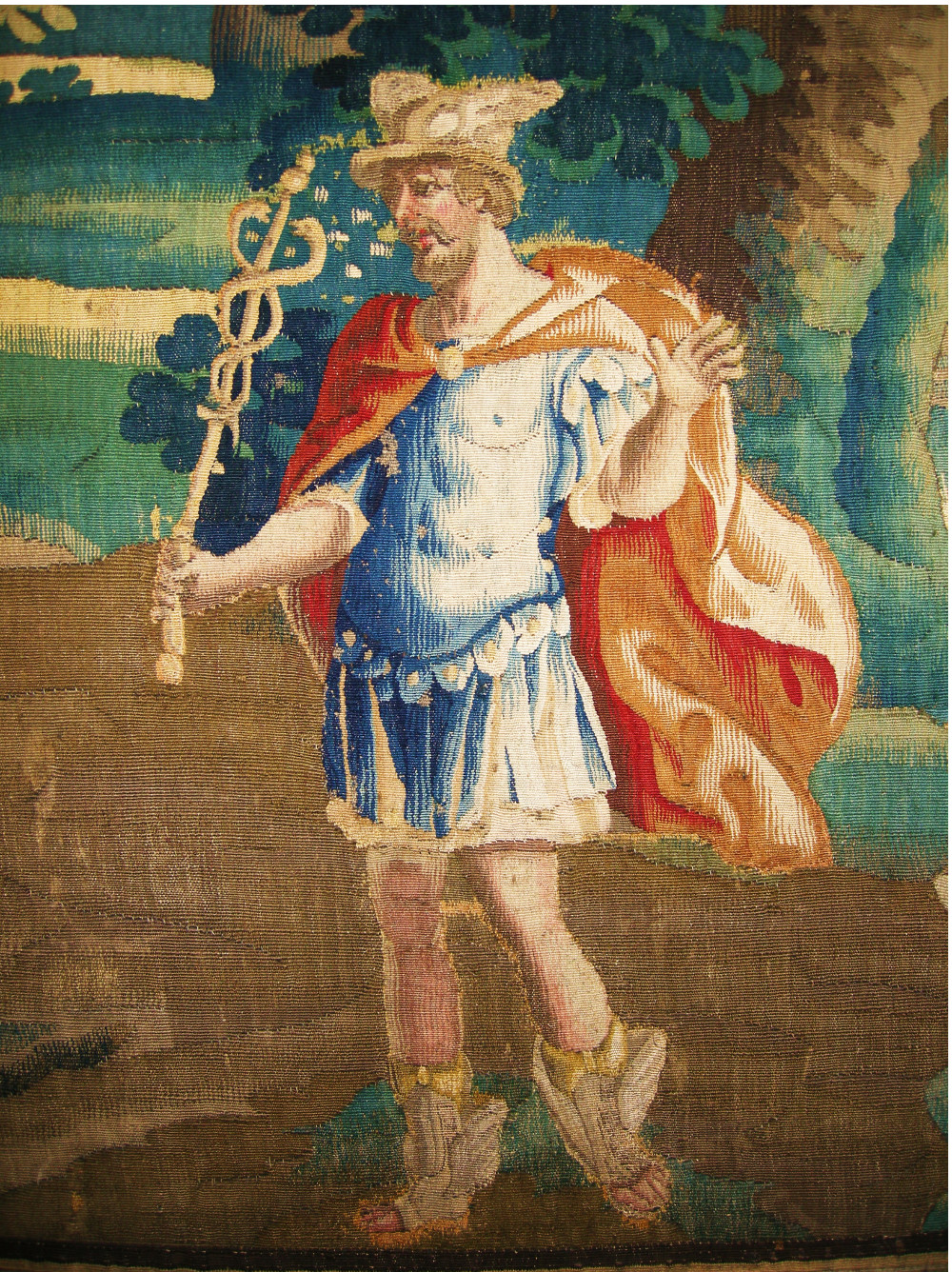 During the tour, you'll see also : 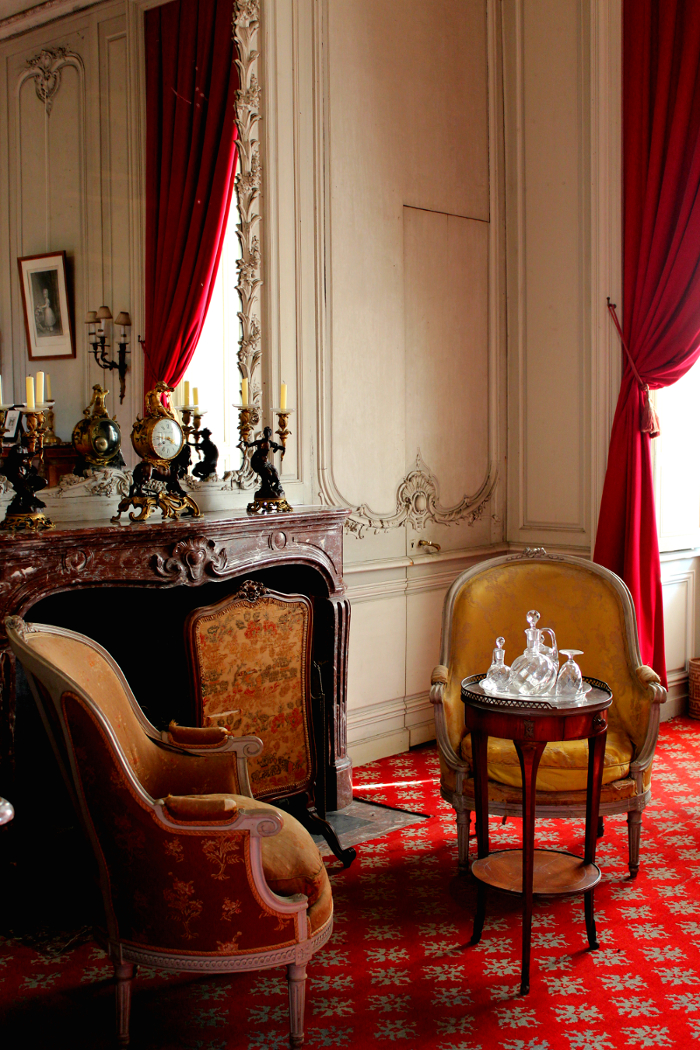 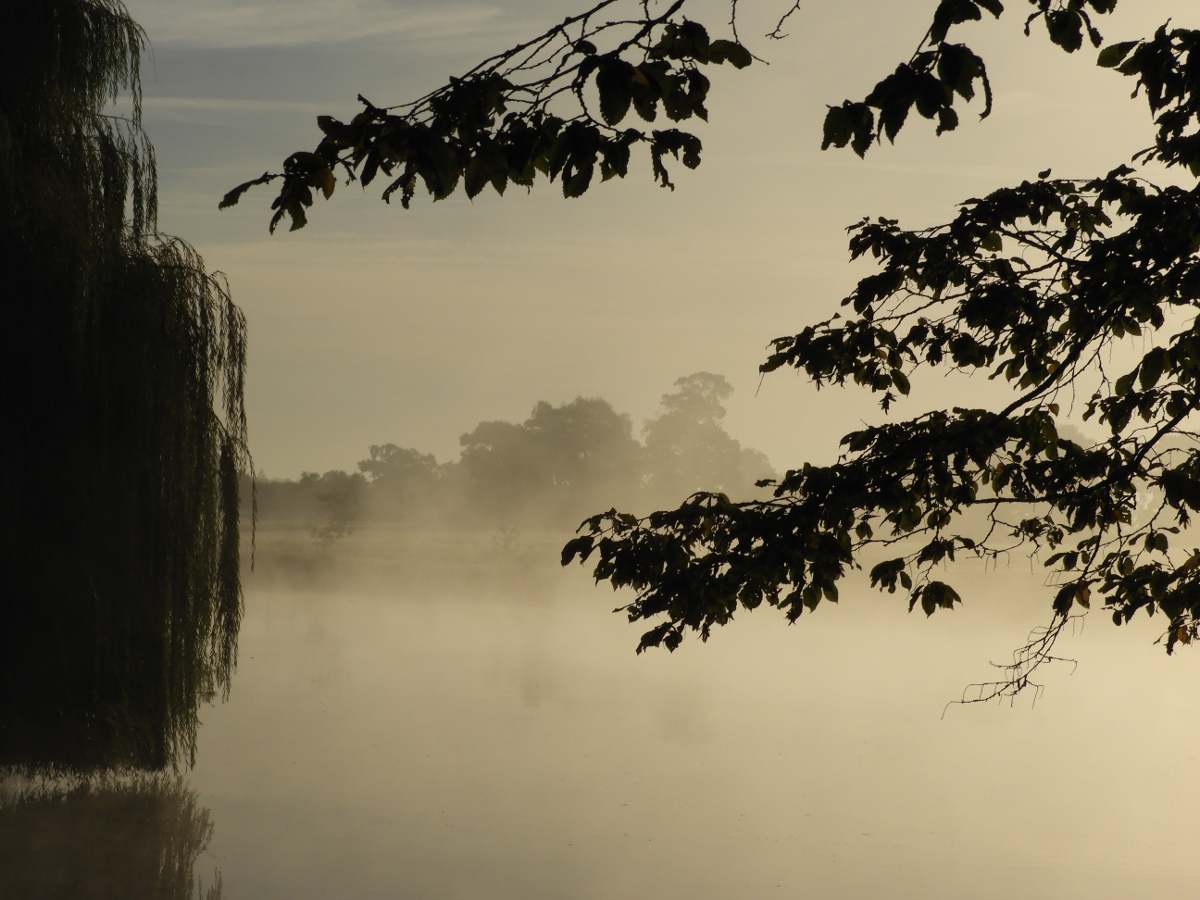 You can't visit the inside without having a tour in the English landscaped park created in 1820:

The "Promenade de la Duchesse" is a path to walk through the grounds, between woods and lakes.
The annexes of the castle : dovecote, Duchess' manor, Orangerie (outdoor access only if there's no private event). 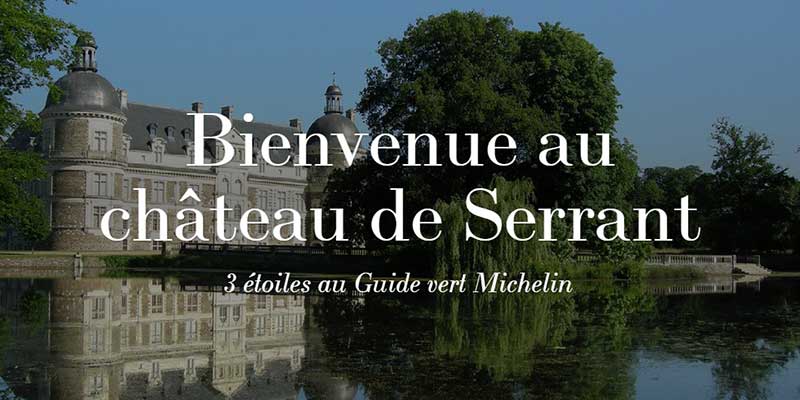 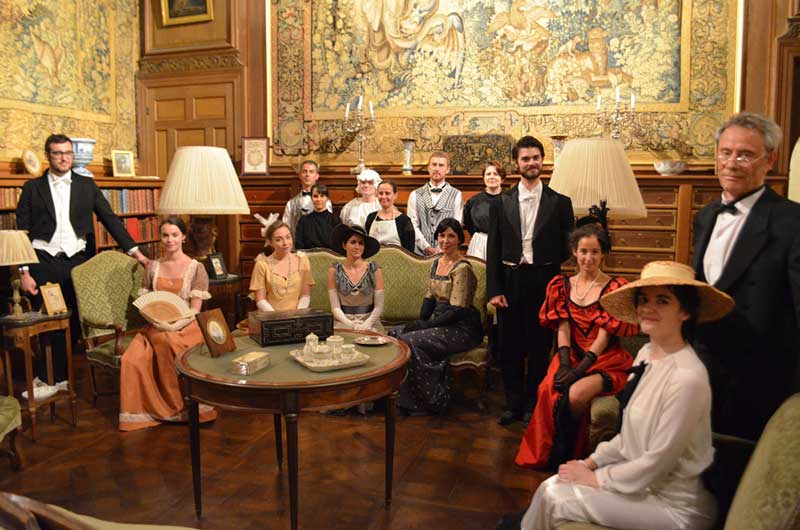 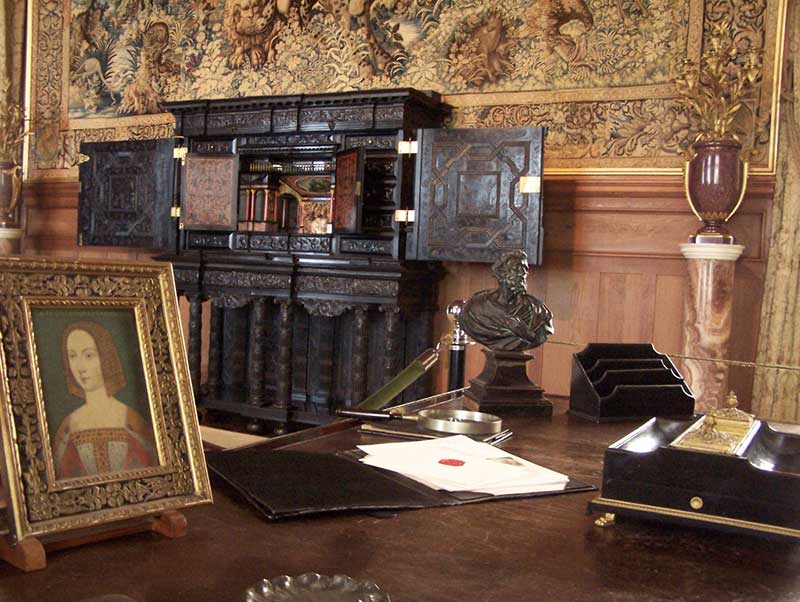 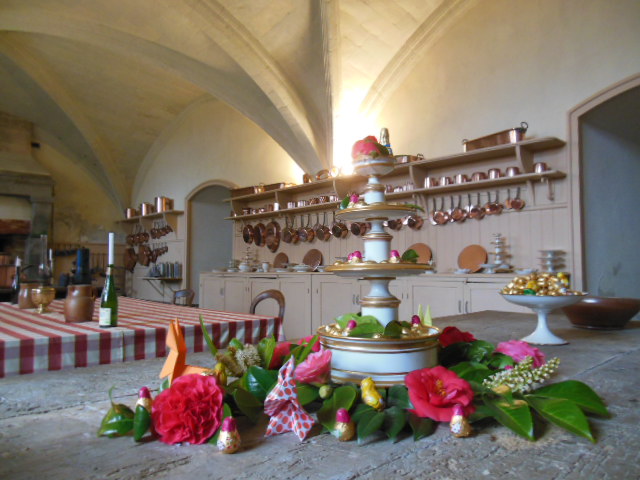 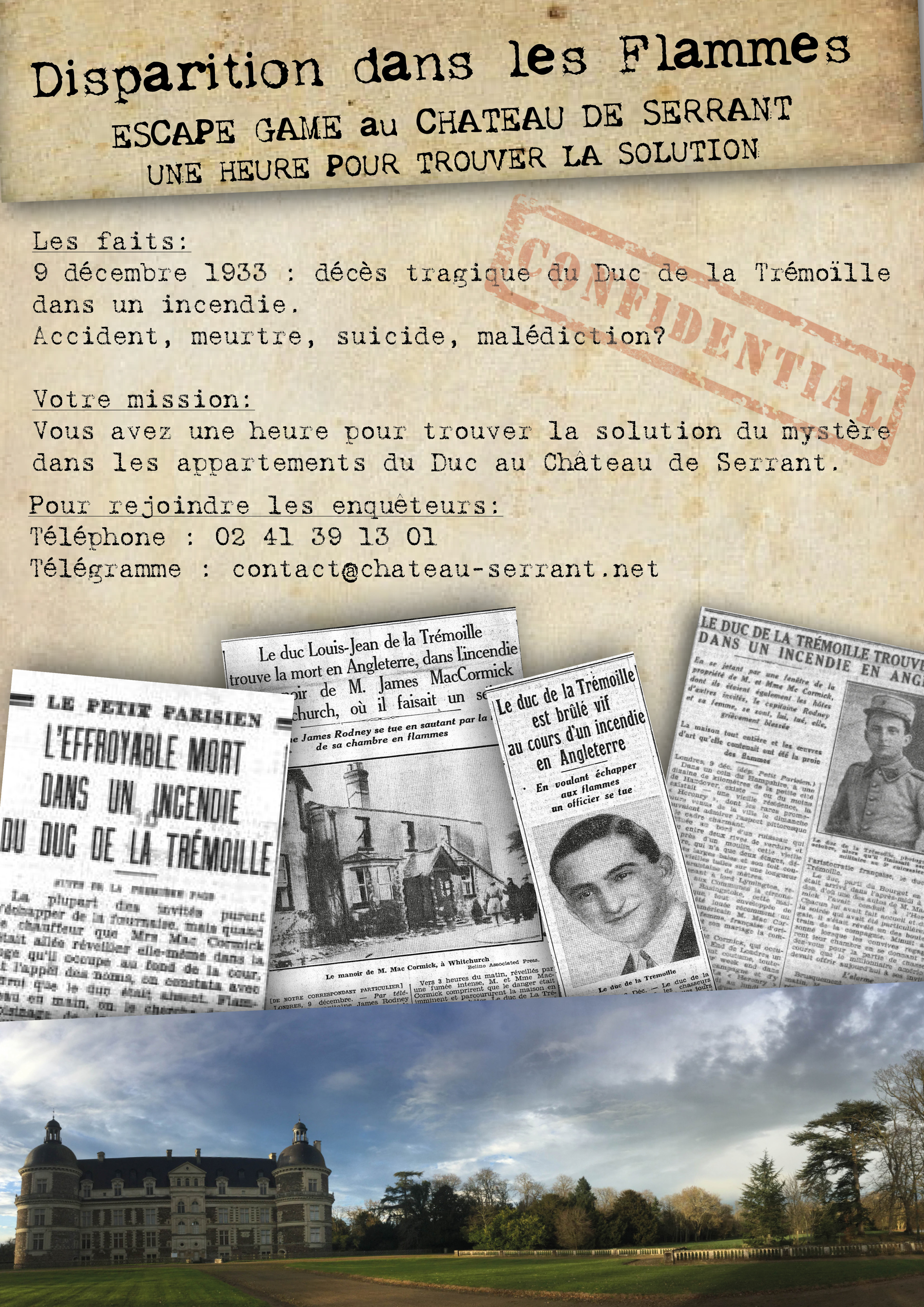 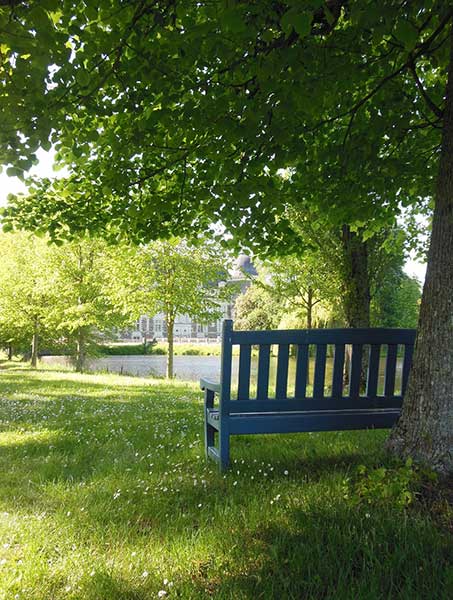 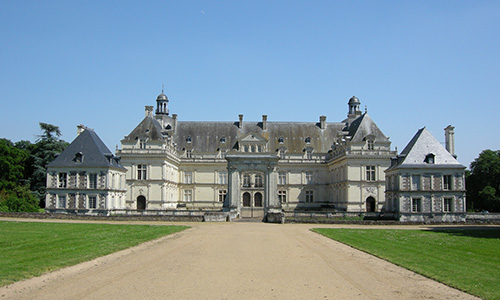